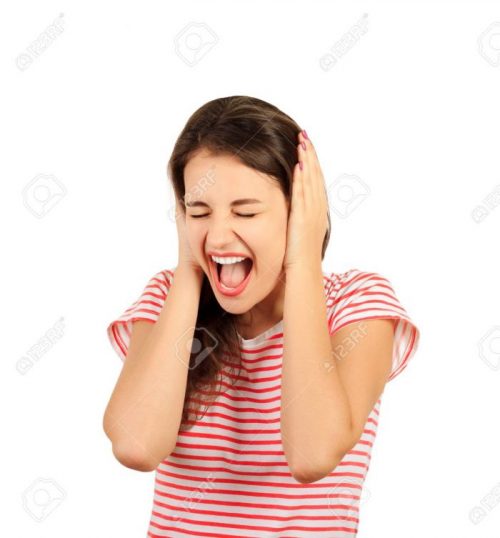 I find I ruin songs for myself sometimes. Well, not quite ruin them, rather, I find a way to make them less enjoyable. I kind of ruin them.

Below is a snippet from a bedroom demo of mine. The song is called “A Year in the Dark.”

Turns out I have issues with the line, “I could have looked you in the eye, Maria,” or more specifically, with the way I sing, “Mariaaaaaa,” and how it reminds me of the way Steve Coogan’s character, Jack Hennerty, the villainous manager in The Day Today’s spoof soap opera, The Bureau, says, “Mariaaaaaa,” about 3.45 into the clip below.

Jack Hennerty is among my favourite Steve Coogan characters and The Bureau is among my favourite bits of comedy. I revisit it every so often — it actually makes me physically laugh which is unusual for a TV show. Take Rick and Morty — I am a fan but, over the course of three seasons, it has really only made me laugh a lot once (during the exchanges between Doofus Rick and Jerry).

Why should I have a problem if a part of one of my songs reminds me of something I love? Simple — because, for me, music and comedy are separate categories that ought never to overlap. That’s just me, mind — I’m not saying we ban comedy songs across the board.

Sometimes, I guess, conceptually, my songs could be viewed as comical. Take, say, a few years back, when I wrote songs about RTE newsreaders. A few people found those funny. I can see why — the subject matter is quaint and obscure. The songs themselves though were entirely serious, if you listen to them.

I don’t write funny songs for two reasons. Firstly, I can’t write jokes. I wanted to be a Simpsons writer when I was young until I realised I can’t write jokes. Secondly, I don’t really like comedy songs. I really just listen to stuff like Sweet Leilani, Surf’s Up, Debussy, Heaven or Las Vegas, that kind of thing. Haven’t voluntarily listened to a comedy song in about 10 years, I’d say. That’s probably a lie.

Quick aside on the subject of laughter: Sometimes on Twitter (of which I am an anonymous lurker), I notice people responding to amusing tweets with statements like, “I just snorted tea out my nose reading that.” I can’t imagine ever laughing that much at anything someone has written. Nothing anyone writes is ever that funny, surely. The only hysterically funny stuff happens in real life, in front of you, unscripted.

That said I remember as a very young child laughing deliriously (and I mean literally rolling on the floor) at that Mr. Bean scene on the diving board but other than that, nope, nothing.

Actually, I read this earlier — https://www.clickhole.com/coming-clean-the-world-s-orchestra-conductors-have-com-1833502843?fbclid=IwAR3TnFHpakPhW9POfl81_0X_5OipVrsEZvF02LUvbcm19jNxrCVpFQ-eIyw — and genuinely laughed out loud, especially the bit about conductors using their batons to say “hi” or to cast a magic spell.

My next kind-of-ruined song is Lakme’s “Flower Duet.” I became obsessed with this piece of music as an early teen. I was generally more into video games and football than music at that time, but hearing the “Flower Duet” blew me away. I had never heard anything so beautiful (Pretty sure it was the scene in True Romance with Dennis Hopper and Christopher Walken that introduced me to it).

“Air On A G String” and “God Only Knows” were two other pieces of music that just floored pubescent me with their beauty.

But yeah, with the Flower Duet, after a while, I started hearing one of its words, I think it was “matin,” as “madra” — the Irish word for dog. Now, I don’t know about you but, for me, the word “madra” does not belong in a song of great beauty. In the end, I got over it and when I listen now, I don’t hear ‘madra” at all. So I guess this was hardly even worth mentioning.

Finally, a song the artist themselves kind of ruined — “Rose Petals, Incense, and a Kitten,” by The Association. Let me start by saying I love The Association. “Under Branches”; “Never My Love”; “Barefoot Gentleman”; “Windy” (to name just a few) are among the most sumptuous pop songs of any era.

“Rose Petals, Incense, and a Kitten,” is almost as gorgeous as any of the above but for one thing: the repeated use of the word “kitten.”

I mean listen to it — it’s divine — those backing vocals — wow. But then that damn kitten pops up and immediately devalues it. You could maybe get away with one, brief, understated mention of a kitten in a verse perhaps, but in a chorus, repeated throughout? No way. I know it’s probably an honest, heartfelt lyric but, sorry, the word “kitten” (or maybe the concept underpinning it — that of a small, young cat) is just too lame to sit with a melody of such gravitas. I suppose the cake kind of ruins “MacArthur Park” too but I still love it to death.