My Interview With Richard Bampfield 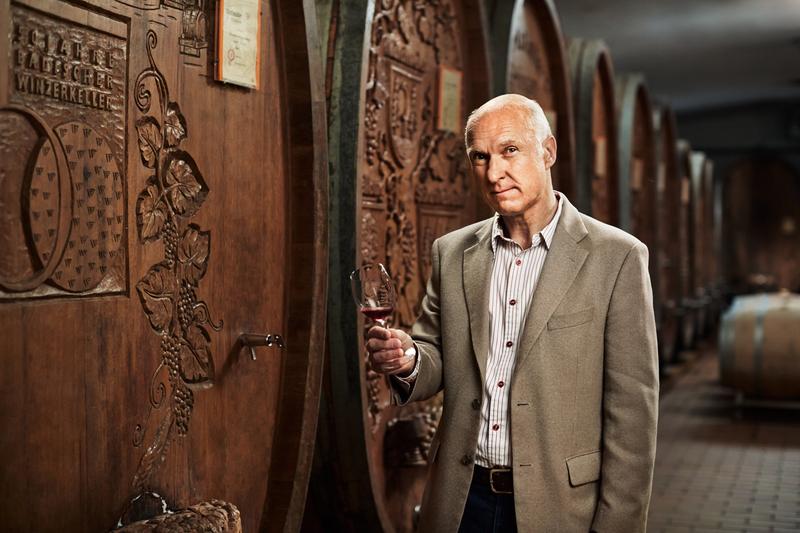 Richard Bampfield is a world-renowned Master of Wine and lead taster with German supermarket giants, Lidl. He is also the creator of their revolutionary wine rating system. I caught up with him and asked him about wine, life, and what makes him tick.

ME: Richard, it’s a pleasure meeting you, thanks for agreeing to do an interview.

ME: Tell me how the Lidl gig came about?

RB: Oh yes, well, basically, I got a phone call out of the blue one day from a man calling himself Dieter Schwarz, who turned out to be none other that the actual founder of Lidl. Dieter cut right to the chase and said, “Richard, you don’t know me, but I’ve been following your progress in the wine world for several years now. I have a project that may interest you.” I said, “That sounds great Günther, let’s meet.” He then corrected me on his name and it all pretty much snowballed from there.

ME: Could you tell us about your place of work and what you do there?

RB: Sure. I work alone in a small, former Church of England chapel in Devon which I converted into a wine tastery back in 2004. There are 16 wine silos encircling the exterior of the building. Inside, the central aisle is fitted with a state-of-the-art tasting vat called the Winatron 4000. I use a very big ladle to sniff and taste the wine with. The Winatron 4000 allows me to regulate factors such as temperature and oxygenation. Great quantities of wine are delivered to me on a daily basis from across the world via a vast network of underground pipes. Just today, for instance, I took in 50,000 litres of a delightful Chilean Pinot Grigio. I power-hose clean the silos when they are empty, hopefully before any new wine comes gushing in! I have to be particularly resolute when cleaning the red wine silos… as you probably know, red wine tends to leave stains [laughs].

ME: Ha yes, I have spilt red wine on a carpet before and it left a bad stain.

RB: Yes! Red wine is a bitch to clean and I should know! [Laughs again, harder this time].

ME: The so-called Lidl “wine cellar” which you curate tends to consist solely of corked bottles and no screw caps. Is that a conscious choice on your part?

RB: Yes! Call me old-fashioned but when it comes to bottles, I am what you might call a cork fundamentalist! I swear by corks. Screw caps are hideous, tacky things, don’t you think? I mean this is WINE — the drink of the Gods — not some sort of fizzy orange cola pop! I mean, come on, a screw cap — on WINE! Give me a goddamn break.

ME: Corked bottles also make that pleasing “pop” sound when you open them…

ME: How did you develop your rating system? What for you constitutes a really good wine?

RB: A really good wine for me must have the three T’s — that is taste, taste, and taste! [Laughs] No but as well as taste, I look for a number of things in a wine, and this automatically feeds into my rating system. For instance, I usually would award a higher mark to red wine as I prefer it to white. I am less inclined to give a high mark to merlots as I am very influenced by the film, Sideways, and that scene where your man says no way is he drinking merlot. Also I like to get hammered so if the alcohol content is 14.5 or even 15%, then Richard is a happy man. I generally give all wines containing 15% alcohol a grade of 95 or higher.

ME: You’ve been chief wine taster with Lidl for over 10 years now. Is there anything apart from their wine that interests you about them?

RB: I must say their Trattoria Alfredo Deliziosa frozen pizzas are terrific value for money. Lidl originally introduced us to Dr. Oetker’s Ristorante pizzas, before they left and got all high and mighty and began to appear in Tesco, Spar, and Super Valu at an inflated price. Trattoria Alfredo Deliziosa pizzas have come in and filled the void left by the departure of Dr. Oetker’s, and, I must say, they’ve filled it admirably.

ME: Have you ever bought any non-food or drink item from Lidl?

RB: Yes, in 2009, I bought a clock radio there which I gave to my brother for Christmas.

ME: Finally Richard, any word of advice to young kids out there who may be considering a career in wine tasting?

RB: It’s hard, unforgiving work but you will be well paid if you do the job well.

ME: Thanks Richard, it’s been a pleasure.

RB: Pleasure’s been all mine, John.