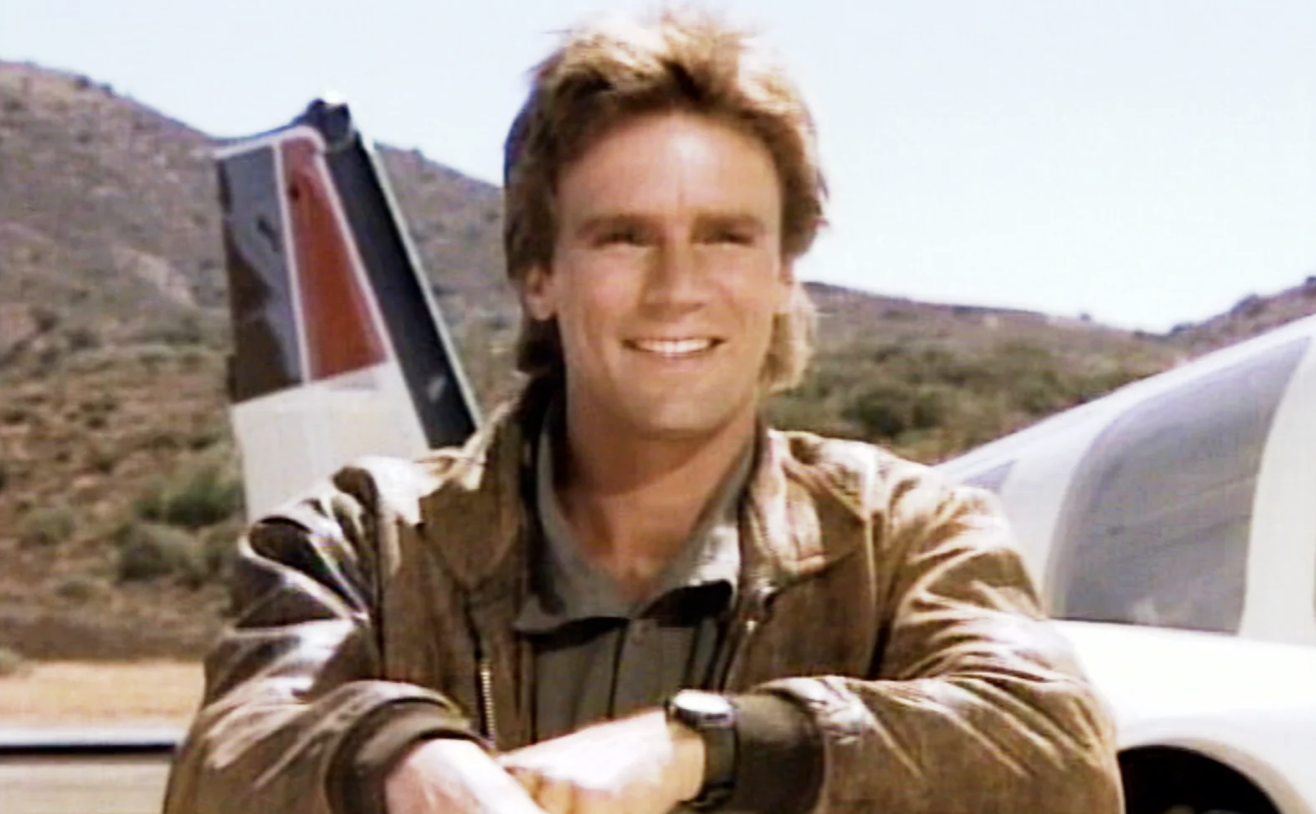 One might argue Lucas Till, the man who plays the new Macgyver, is the new MacGyver, but he’s not. I am. Certainly on the basis of what just happened — my very own miraculous feat of Mac-like ingenuity.

The story goes as follows: I was out on a headphone walk and decided to drop into my nearby Lidl (Blakestown).

I had no real plan to speak of, no shopping list. This was all very off the cuff. You’re always saying I never do anything spontaneous! Well how about this! Imagine entering a supermarket and having no bag or any notion of what one was going to buy!

Once inside I picked up some stuff I realised I needed, namely mushrooms, broccoli, and Pink Ladies — staples of mine. Maybe I knew before going in I would purchase these items. I’m probably not all that spontaneous, or all that keen to wander supermarkets without purpose. My ability to accurately relay events that have occurred in my life, or more especially, the thoughts I have during said events, is iffy.

In any case, carrying to the checkout a six-pack of Pink Ladies, a tray of mushrooms, and a shrink-wrap of broccoli, I realised I would need a bag to carry them home. They were something of a “handful” (get it!?). My fingerspan, though decent, is some way off Mansour Bahrami level.

As I mentioned, I had no bag. What would I do? I could carry them home in my hands but it would be uncomfortable. It would be a good walk spoiled, unlike golf, which is fun. I would have to buy a bag. 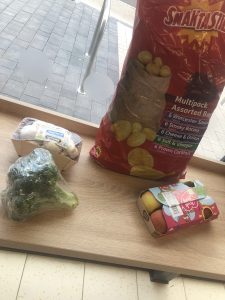 It would have made more photo-narrative sense to also have a pic without the crisps. Cropping here wasn’t really an option, unfortunately.

Trouble was though, I didn’t want to buy a bag. I have enough damn bags. I’m sick of having so many bags. I cannot throw them out. I’m just stuck with having loads of bags forever. I don’t want anymore.

What would I do? Enter MacGyver (the second), i.e. me (not that stupid Till dude — I don’t mean the person on the till who was very nice). I hatched a plan, so fiendish, so clever in its formulation, Mac himself would probably have said, “fuck that, I’m giving up, you’re too good for me John.” I lie of course — Mac would NEVER curse. And also he would grow with my brilliance, not wilt.

And so, what of the the plan? You may have guessed already if you looked at the pictures. I would buy one of those cheap, super-sized Snaktastic crisp variety multipacks. I would open them and sit the broccoli, mushrooms, and apples on the very top. It would be a tight squeeze for sure, but I figured there would be just enough slack.

Not ideal but okay.

I was right. Almost. I accept there was very little room to spare and not enough bag to grab a hold of. I had to carry it home underarm. It turns out though (or maybe I always knew this) that carrying underarm is quite a satisfying way to transport a shopping bag of moderate weight (it’s a safe and secure way too, the bag wedged snugly into my armpit which, undeodorised, smells of Spice Gold). It also leaves you one hand free to wave and smile at passers by on your walk home, in the event one wants to project a warm loving energy to the world.

I should point out the pack contains Worcester sauce and Prawn Cocktail flavoured crisps (along with the usual suspects) both of which leave a nauseating wellaftertaste (as distinct from immediate aftertaste which in this case is tolerable). But they’ll be here in the house to offer any freaks who happen to like those flavours. What a great host, my visitors will think, offering me disgusting crisps that I just so happen to love.

I love this song. Such satisfying, loving hooks and changes.

Some time ago, I filled my bedroom desk drawer up with Nakd bars. Somehow the world feels that little bit less scary when you have a drawer full of Nakd Bars. Can’t explain why, it just is.

I have eaten them all now.  I am waiting for Tesco to put Nakd bars back on special offer at which point I will fill the drawer again (And on and on it goes, the cycle of life).

The eagle-eyed among you might notice a couple of Lidl’s Alesto bakewell tart flavoured Nakd bar knock-offs in there too. That’s fine.

Every few years, I return to this video. I find it sort of haunting. Marita Koch’s time is hauntingly fast. It kind of doesn’t seem fully real. I don’t watch scary films but I guess it is good to feel a little haunted from time to time :).