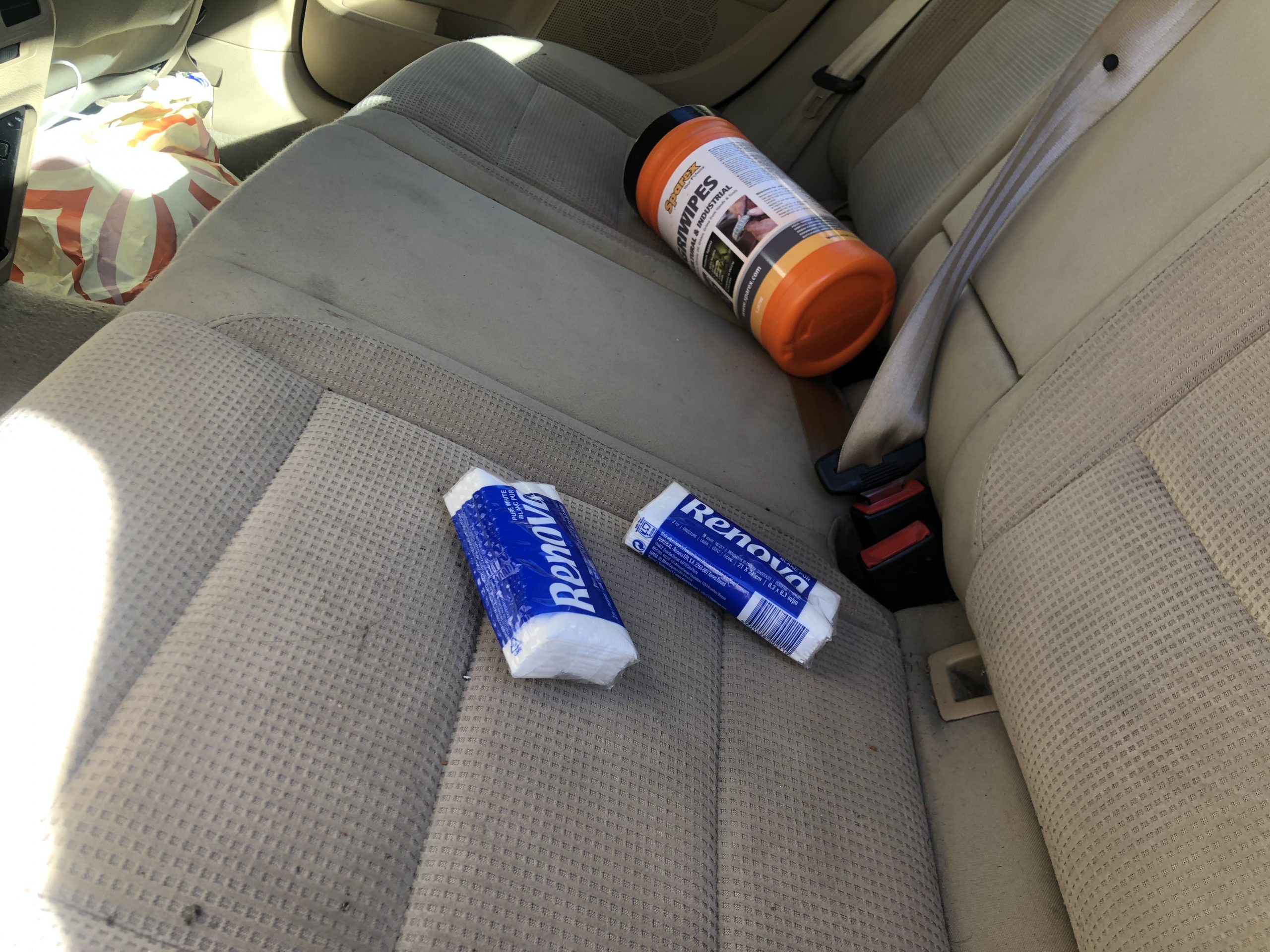 Two packets of tissues have been sitting unopened in the back seat of my car for the best part of a year. No event seems urgent enough to warrant opening them. Besides, I always have a tissue box dispenser within reach should I need it.

Is dispenser the right word to describe those boxes where you pull one tissue and the next one magically takes its place? Either way, what a lovely, underrated, understated piece of technology. And all for less than €1 at Lidl.

I can picture it. I am driving and my passenger is sneezing and sniffling. They are clearly in need of tissues. They may have their own tissues but, in their state, they can’t have too many. Instead of offering them one from the magic dispenser box, I would just say, “hey, there’s a couple of packs of tissues in the back there, take one of them. Heck, take the both of ‘em.” I rarely say “heck”, but it would somehow be appropriate, perhaps even necessary, here.

They would surely accept. Or would they? Maybe they would look at the packets — oh so pristine — and be gripped by a similar reluctance to open them. “Oh no, I couldn’t possibly go wasting your packs of tissues,” they might think or say.

“I have my own tissues. That’s enough for me. I’m fine,” they might add.

Or, “I can just take a few from the (magic dispenser) box here,” if they didn’t have their own tissues. Seems less of an encroachment they figure.

It may ultimately boil down to the severity of their head-cold. If they were smothered, self-pity may overtake modesty. They might just think, “I know it’s a big deal to crack open someone else’s packet of tissues but, heck, I deserve it for I am deeply unwell.”

What interests me more is whether I myself will ever have cause to open them. Certainly a heavy cold of my own would not be enough. It wasn’t enough. Covid-19? Probably not. Maybe a strange, protracted, terrifying nosebleed. One which exhausts the magic dispenser box’s supply before I’d had a chance to reach a hospital. What about a bullet wound? Are tissues any use for bullet wounds? What are bullet wounds like, anyway? I’ve forgotten. Can you “blow” a bullet wound in the way you can blow your nose? I don’t see why not!

Incidentally, the orange cylinder in the photo contains industrial strength antibacterial wipes. My father bought them in bulk at the beginning of the pandemic and shared them among the family, along with many, many, many bottles of hand sanitiser (both watery and viscous). The wipes, in keeping with their container’s colour, emit a distinctive, citrusy tang. It is, for me, the defining scent of lockdown #1 (by far the best lockdown). One sniff and I’m immediately transported back to Mar/Apr 2020, in much the same way listening to the underwater level music from World of Illusion does (that’s a masterpiece by the way). I was going to use the words “nasally evoke” in this paragraph but decided against it.

Just so you know, I didn’t get clamped today. I didn’t have to pay €125 to release my car. Instead I attended an incredible gig which unfortunately I have now completely forgotten. I do know the ticket to this incredible gig cost me €125, coincidentally the same amount as a clamp release charge which thankfully I didn’t have to pay today because I didn’t get clamped. I did, as I mentioned, attend this amazing gig that probably had violins and French horns and everything, if only I could recall a single note of it but I can’t. All I know is the ticket cost me €125 and was worth every penny even though I may as well not have gone since memories are the only reason most people keep going. I am certain it was amazing though so despite being €125 poorer today and having nothing to show for it because my mind’s a blank, I have absolutely no regrets like I would have for, say, not having paid the couple of Euro one would pay to avoid getting clamped and having to shell out the exact same amount of money I needed to attend this incredible gig, the memory of which will, alas, exist forever outside my realm of consciousness. But all in all, a good day. Life is all about great experiences. And you know what — you can’t put a price on great experiences even ones that may as well not have happened because you’ve forgotten them completely. I can still tell everyone I went to this incredible gig and they will view me a better light as long as I don’t have to give details. And it’s certainly better than what I would describe as the “bad” experience of being clamped. Which didn’t happen to me today, thankfully.