Wearing My Eleanor Roosevelt Sweatshirt to the Party 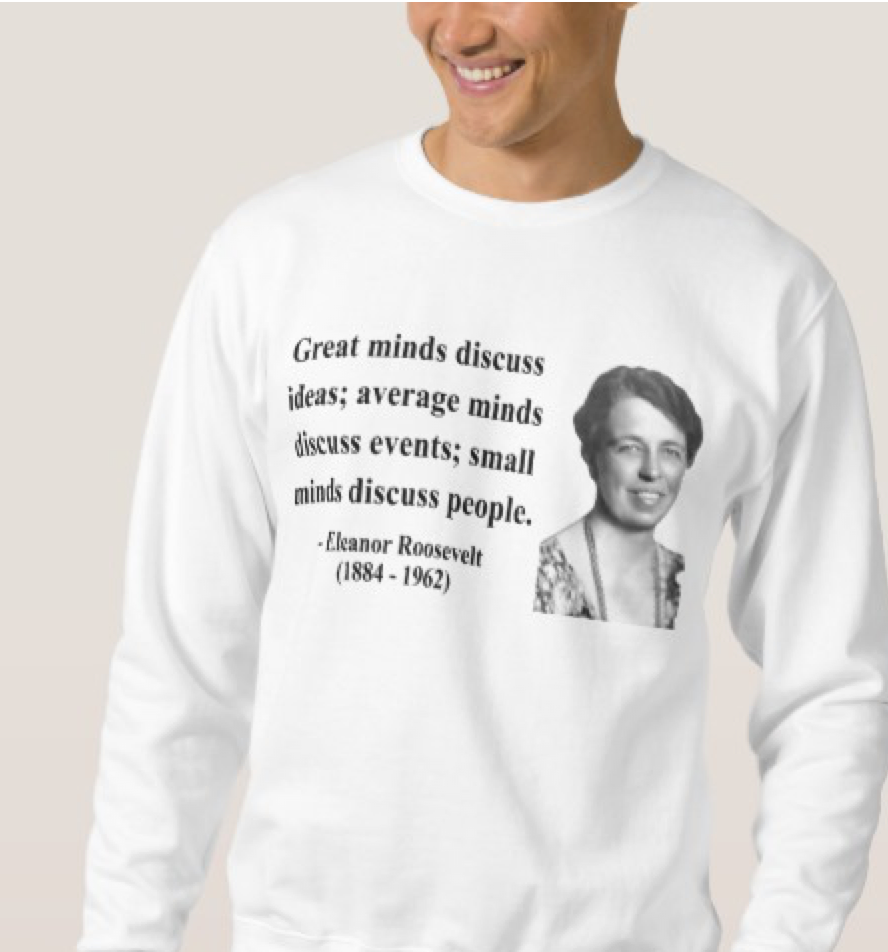 I arrive at the party alone, a little late, wearing my Eleanor Roosevelt sweatshirt (pictured above). I pour myself a paper cup of complimentary red wine (luckily some left). I scan the room for people I know, and who, to the best of my knowledge, like and respect me.

Beth, Lyndsey, and Adam are by the window. They like and respect me, I am fairly sure of that. I walk over. They appear to be talking about their friend Megan and her recent breakup. They notice me and immediately stop talking. They have clocked my sweatshirt. The four of us stand in silence, I with my best Mona Lisa smile, for a good thirty seconds.

At last, Lyndsey speaks. “So do any of you think universal basic income could work in this country?”

I nod my head and turn away, leaving the three partygoers to discuss this idea among themselves.

Across the room I see Zach and Paul chatting. Good people, Zach and Paul. I believe they may also like and respect me. I walk over.

He stops. He has noticed me, my sweatshirt, and my wise gaze that somehow conveys both love and mild disapproval. I stand there, again not saying a word, waiting. Waiting for Paul to show a better version of himself. Come on Paul, I know you have it in you.

Sure enough, Paul begins again. “Yeah so, I was thinking about Plato’s theory of forms earlier and how non-physical (but substantial) forms (or ideas) represent the most accurate reality.”